Still Reefing
It’s been a while!
This year has been tough - it started with a separation with my partner and in the midst of such a major life upheaval reef keeping had to take a back seat.

I was very fortunate that a friend had agreed to care for the tank while I settled in a new home.
The whole process was tough - tearing down the tank to move it was heartbreaking in itself and the C. Isosceles did not survive the move. RIP Mr Sparkles.
I didn’t see the tank for the next three months.

After settling in to my new apartment, I organised moving the tank back and a bunch of shit had gone south:
- Fish losses: C. exquisitus, C. Shutmanni, P. flavoguttatus trio had all died before the move, Nemateleotris magnifica died during the move. The C. Lineatus was rehomed as he would create problems introducing new wrasses (he was a real jerk)
- Pests: Aiptasia, Bryopsis and Valonia had been gaining a foothold in the tank.
- Coral decline: almost lost 2 master scolys, lost an awesome acan and a NPS gorgonian
- Refugium decline: Stomatellas, mysids and one species of amphipod had dissappeared
- Equipment failures: Refugium lights and one of the Giesseman razor fixtures mysteriously broke

Anyway, having been moved twice this year the tank has been back in my care for a while now and it's started to find its groove again.

The lights have been replaced, I tried the Kessil H80 fuge light which has been performing great.

Still dealing with the pests above, but I'm winning a war of attrition:
- a Kole tang and Foxface are helping
- AiptasiaX works but finding every aiptasia is hard

On a side note, I purchased a DSLR last week :) 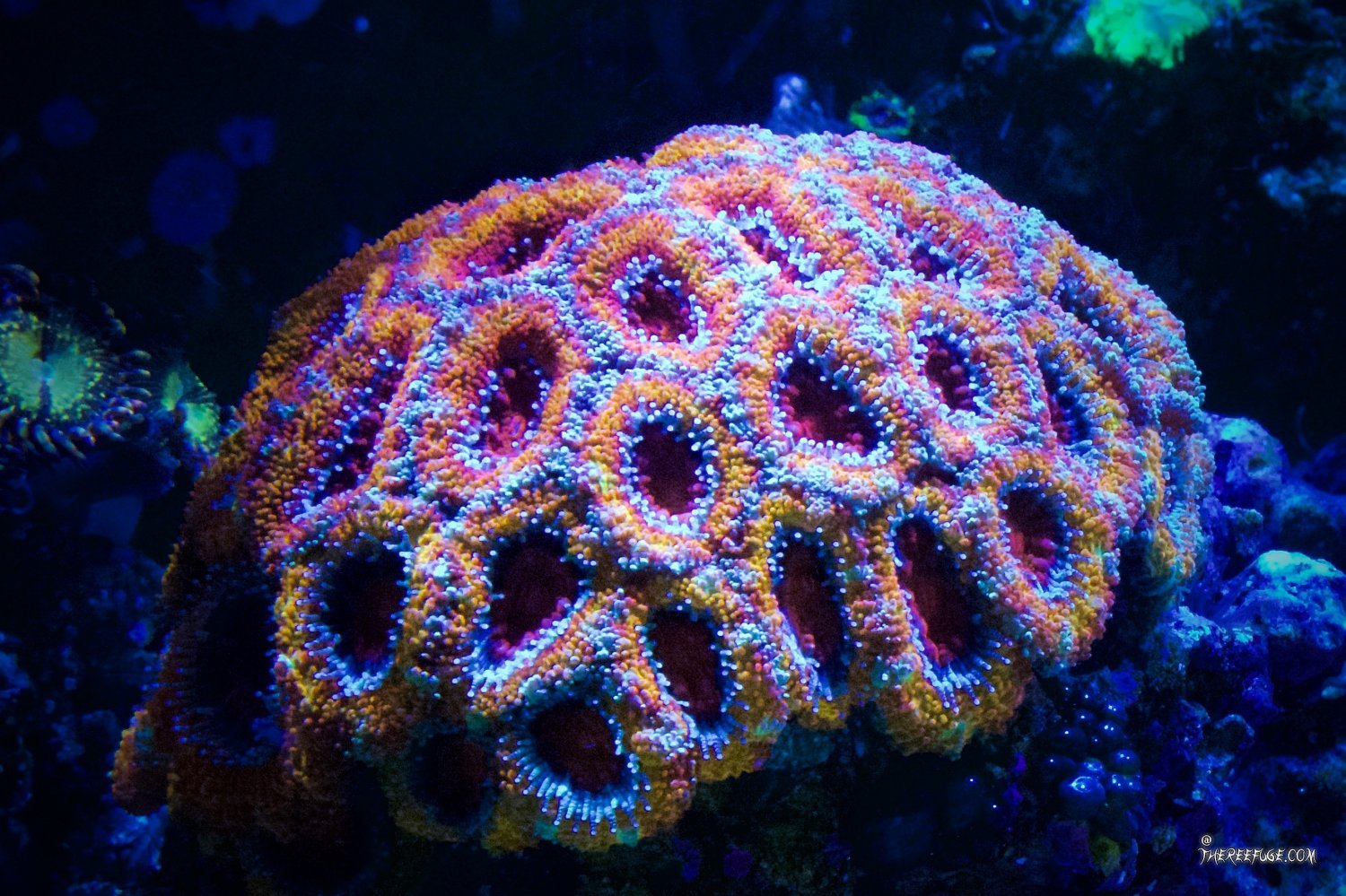 Gorgeous Acan pic!
Sorry about the split up, but as thy say, life goes on, and time will heal.
Best thing to do is the new tank set up - it will keep you focused for sure.
Great Acan you have - have one very similar, and it has become one of my favorites.
Good luck
Jac
I'll let y'all in on a secret. Scats will demolish Aiptasias and algae and never, ever touch a coral. My one soft coral run was alive with the damn things and about a month after I put the Scats in there, they were gone. Dunno about the availability of them down there, but they will do Aiptasias dirty. They love hair algae too, it will disappear quickly.
Rob,
thought I had hammered the few Aptasia as soon as I saw thm, but just last week, I noticed a decent sized one, low under a rock, just where it will b a bugger to try to reach, let alone target the Aptasia Rx paste... I wonder if the Scats are what w call stripies ??
Jac

Jacques Pels said:
Rob,
thought I had hammered the few Aptasia as soon as I saw thm, but just last week, I noticed a decent sized one, low under a rock, just where it will b a bugger to try to reach, let alone target the Aptasia Rx paste... I wonder if the Scats are what w call stripies ??
Jac
Click to expand...