Jan 2019 Update
It is time to update the Journal with some new developments in my tank.
As mentioned in my previous journal entry, I moved to Gold Coast an year ago and because there are so many SPS frags available in the area, I decided to take on a new challenge: build a tank with 100% aquacultured frags.
One year went by, some frags have become small colonies and the aquarium is starting to look less like a frag tank. It wasn't easy, it required a lot of patience and still does, specially because I wasn't able to do much for the aquascaping, as I couldn't see the base shape the corals would form.

Next phase will begin soon, when I will start moving corals and rocks around to make it more pleasant to see.

In addition, I got tired of the lack of movement of the SPS and decided to start adding some non-aquacultured LPS. Two hammers recently went in and more will be added at a later stage.


Here are some photos: 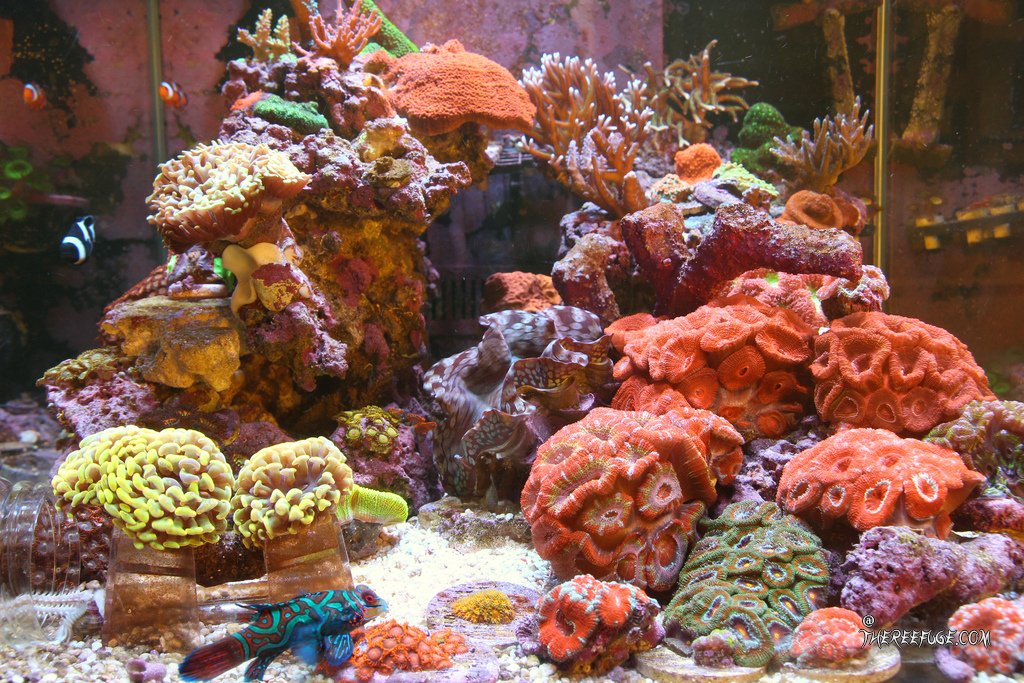 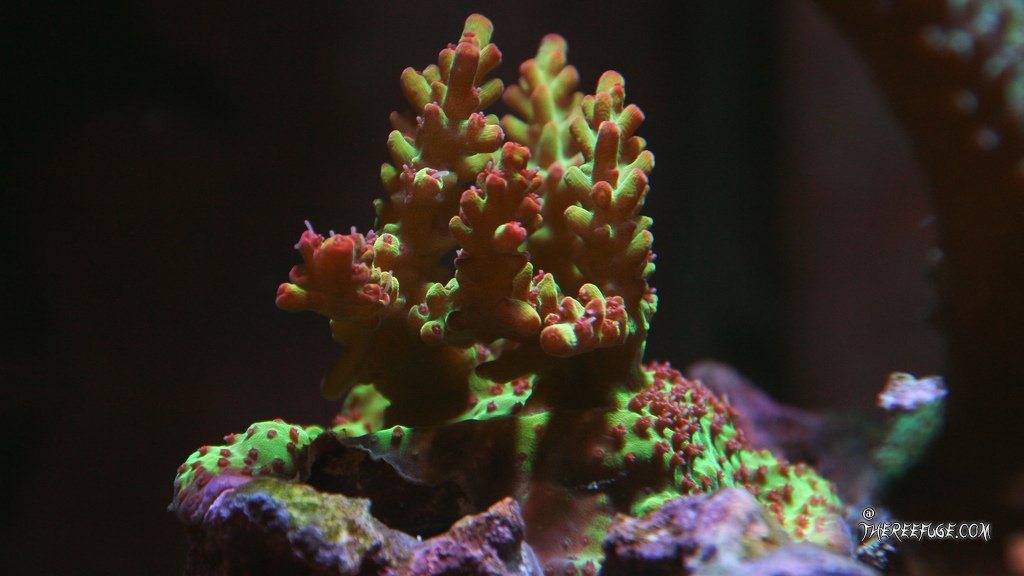 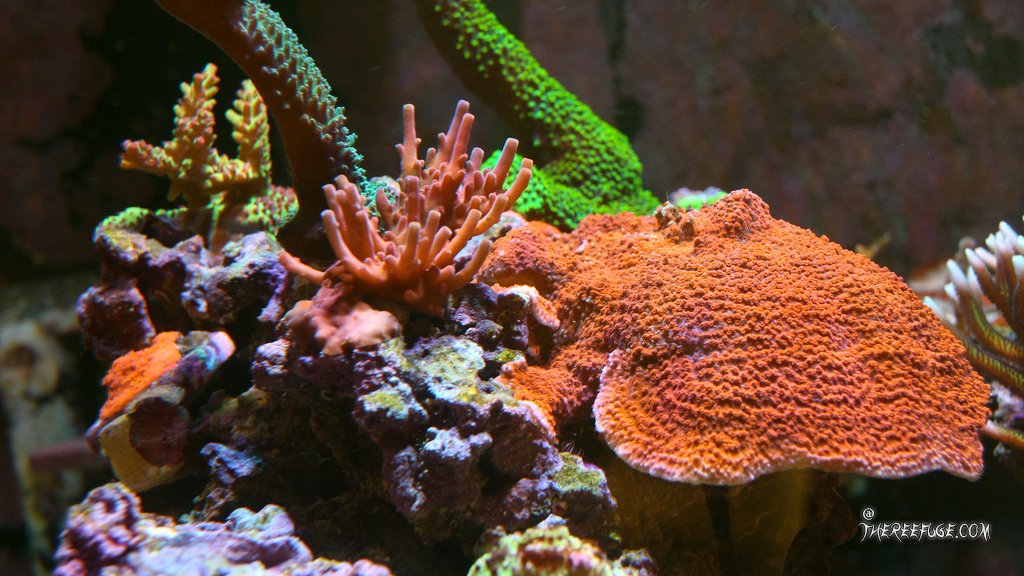 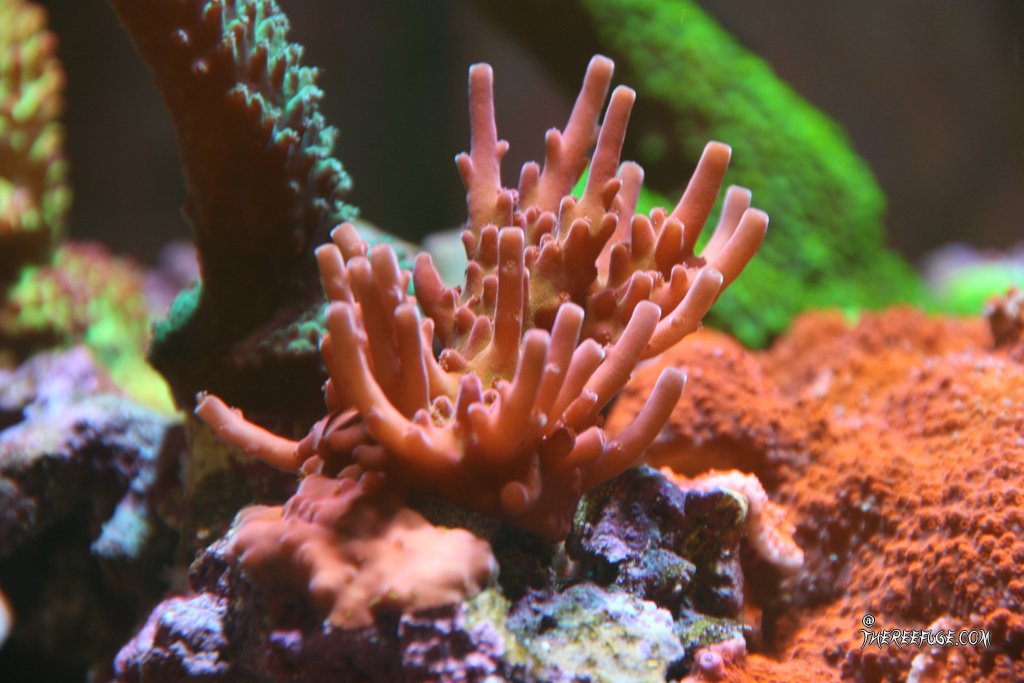 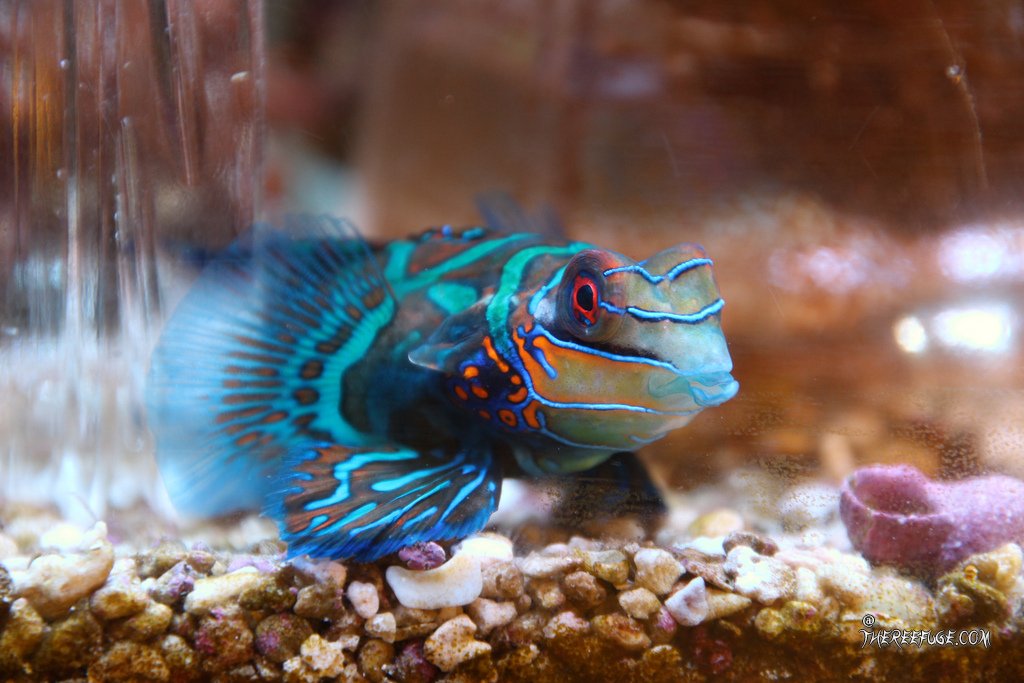 Mandarin (he started eating pellets after 2 weeks of training, a new personal record) 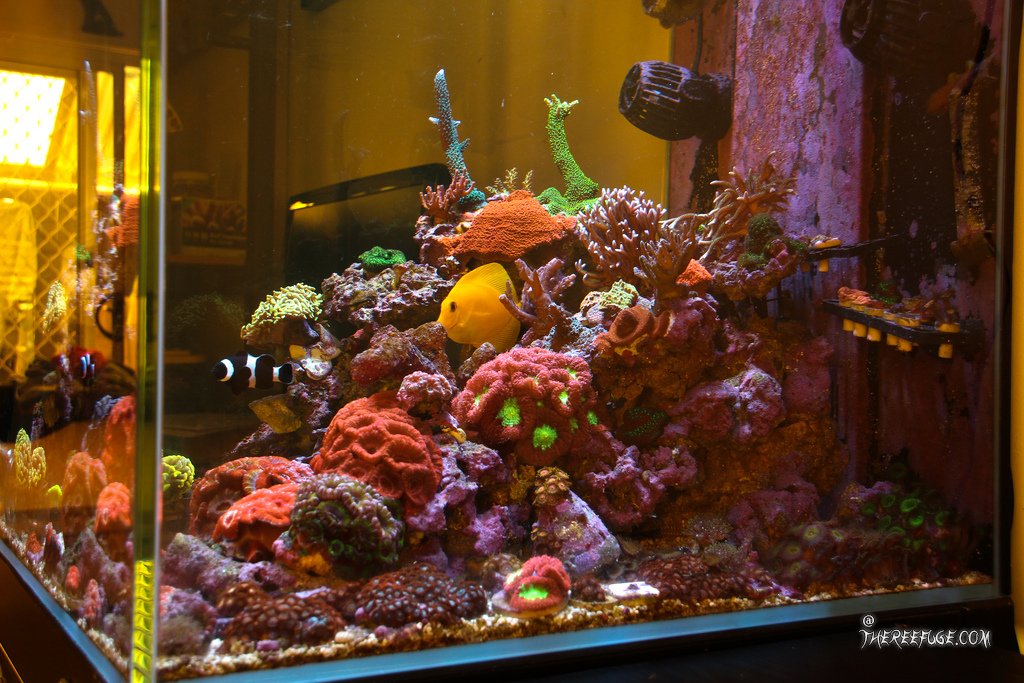 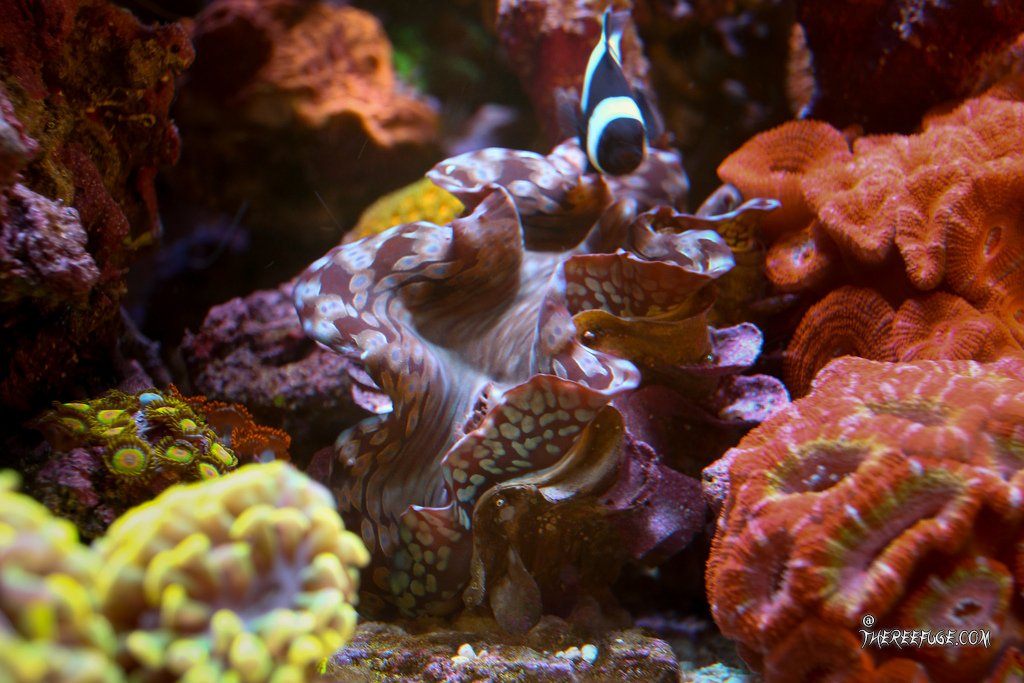 Acans from my previous build. Hammer
absoluetly love that firetruck you have (looks a bit more deepwater than what most are calling firetruck, but who cares, it's amazing!)
I haven't actually noticed that, until now :) The mother colony looks like a proper table acro and nothing like my frag.
The red monti cap. also formed a weird shape and it is growing downwards. I guess these growth patterns are due to the strong flow in a small tank, because a lot of goes from the bottom.
@Sam Parker ,

Darren calls it Red Riding Hood Acro. Do you have any clues if this is the Fire Truck we see in the forums from time to time?

https://www.reefsecrets.com.au/coll...roducts/reef-secrets-red-riding-hood-sps-frag
I've been trying to improve the purples, I upped potassium to 420ppm and dosed a tad of iodine, months ago, which helped a bit but it is still far from the original color.

The Dreamkiller and Dustin's Cousin are bright purple on Reef Secrets tanks, under T5. 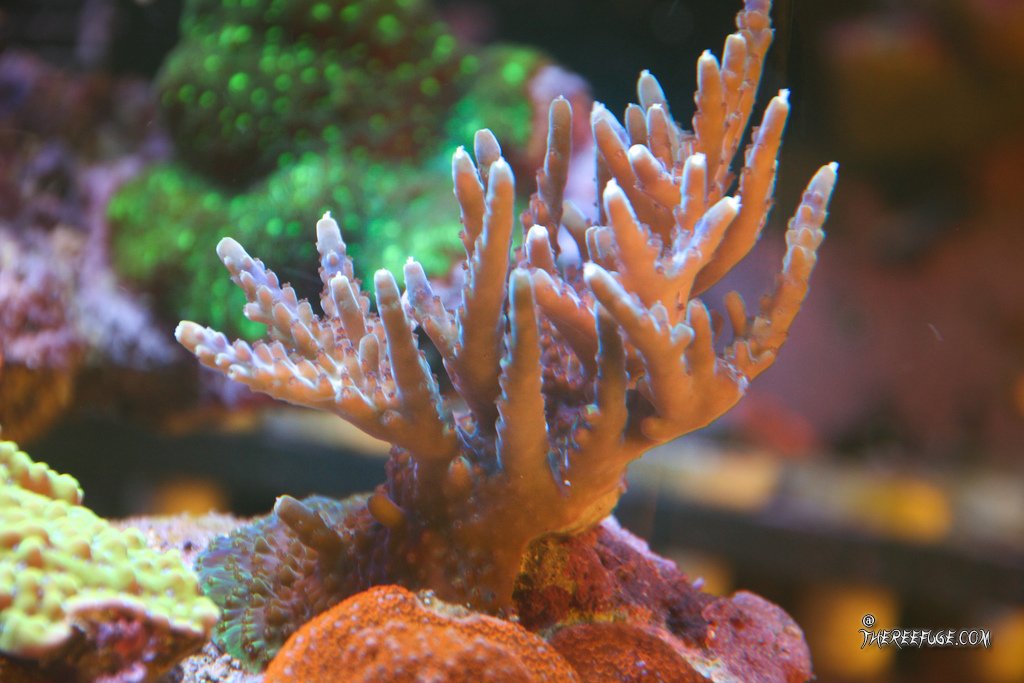 If you have any zoanthids in there they'll take up potassium as well as iodide at an alarming rate. I have a friend who had to move is zoanthid colonies out of his tank because of this. I'll ask him what else he does for his reds, he's always tinkering with his tank like some sort of mad scientist, but his tank is amazing with the colours.
the funny thing about "firetruck" is that lots of people say that what they have is it, but what is it, does it even exist? Are there variants of firetruck? So essentially, anything can be firetruck :)
Frank, my friend said to watch the potassium, strontium and boron to keep the red colours. He said that if any of those is too low it can affect the coloration of reds and blues.
That Hammer is awesome!
Do you mind sharing how you got the Mandarin onto pellets? and what kind are you feeding?
Hi @Maddclimb ,
I like the yellow hammer a lot, too. Let's see if I get keep that color.

I feed all my fish New Life Spectrum pellets, including the Mandarin and every time I try another brand I go back to NLS.

I managed to succeed in training 3 out of 3 Splendid Mandarin, in the past 10y, in tanks under 200 liters, so I think the method is fairly good.
Most of it is information I collected from the forums and adapted a bit.

This is what I do:
- The training process took 3 months, for the first 2 fish, so I only buy the fish If I am certain that will be able to dedicate extra time to the tank. It can be very laborious, specially if they only eat live food.
- Food supply: I buy live brine, frozen brin, mysis and high quality pellets (NLS).
- Fish selection: I patiently look for the largest fish I can find (most times it took nearly 1 year looking). If the belly is not totally empty or the fish is clearly skinny, I ask the shop to feed it frozen brine and I watch the fish reaction. I only buy if the fish has shown interest for the food and has noticeable energy for survive the stress of moving to my tank.
ps1. They won't have a belly full, at least I've never seen it.
ps2. The last fish, the one that took 2 weeks to train, was the largest one I've ever seen in a shop, it was a fully grown adult and it was already eating frozen brine (which is rare).
- Acclimatisation: I put the fish in a container like the photo below, to avoid aggression and be able to target feed it, without competition.
- Feeding regime: Fish prefer food in this order: live brine, frozen brine, mysis and pellets. Hence, I start feeding the most desirable food first, always with pellets.
After 1-2 days that is taking that food, replace it with the next one in the list
For example, live brine + pellets. Then, frozen brine + pellets, ten mysis + pellets, until I only feed pellets.
Once it starts accepting frozen brine, it is unlikely it will starve and you can relax a bit.

I tend to remove it from the acclimatisation container, only after it is going for frozen mysis. At this stage, you will have to spray the tank with food, in such a way that the Mandarin has a chance to catch something, before the other fish.

Notice the container has substrate in it. That is because they are highly visual when recognising food and if you change the background where the food is, it may reset their ability to find it.
Once I lost a Mandarin that was eating pellets for 3y, because I removed the substrate and it no longer recognised the food. 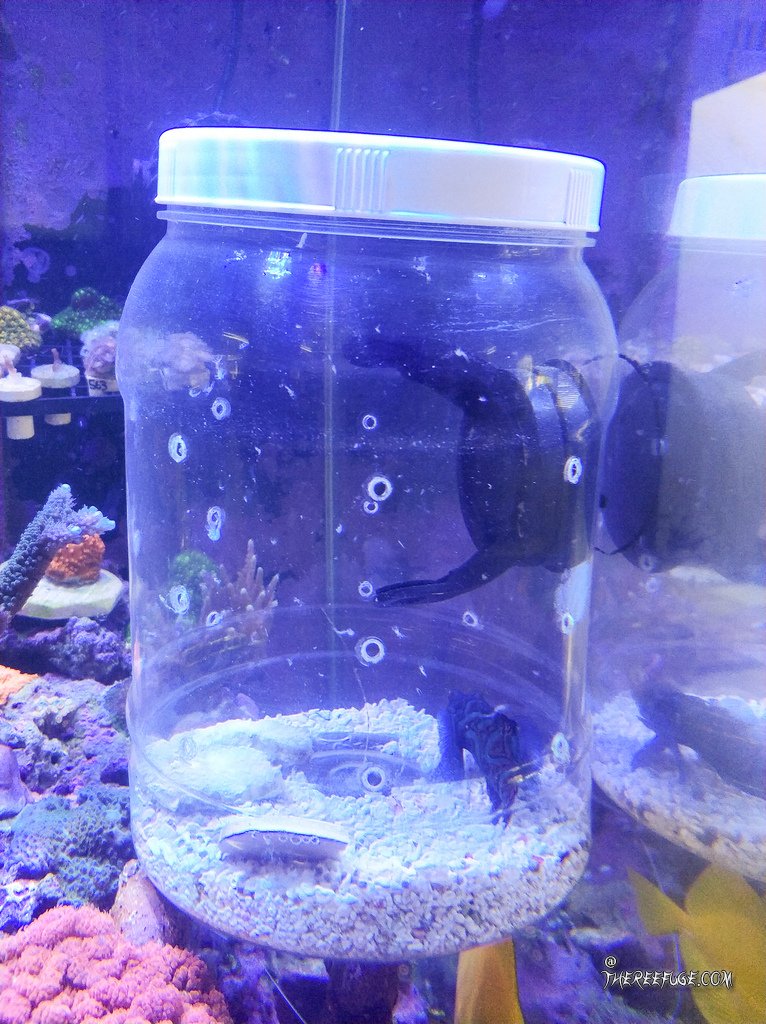 I moved some coral around, remove most of the temporary coral holders, added a large frag rack and took some new photos.
Frags available for swap in the Gold Coast.